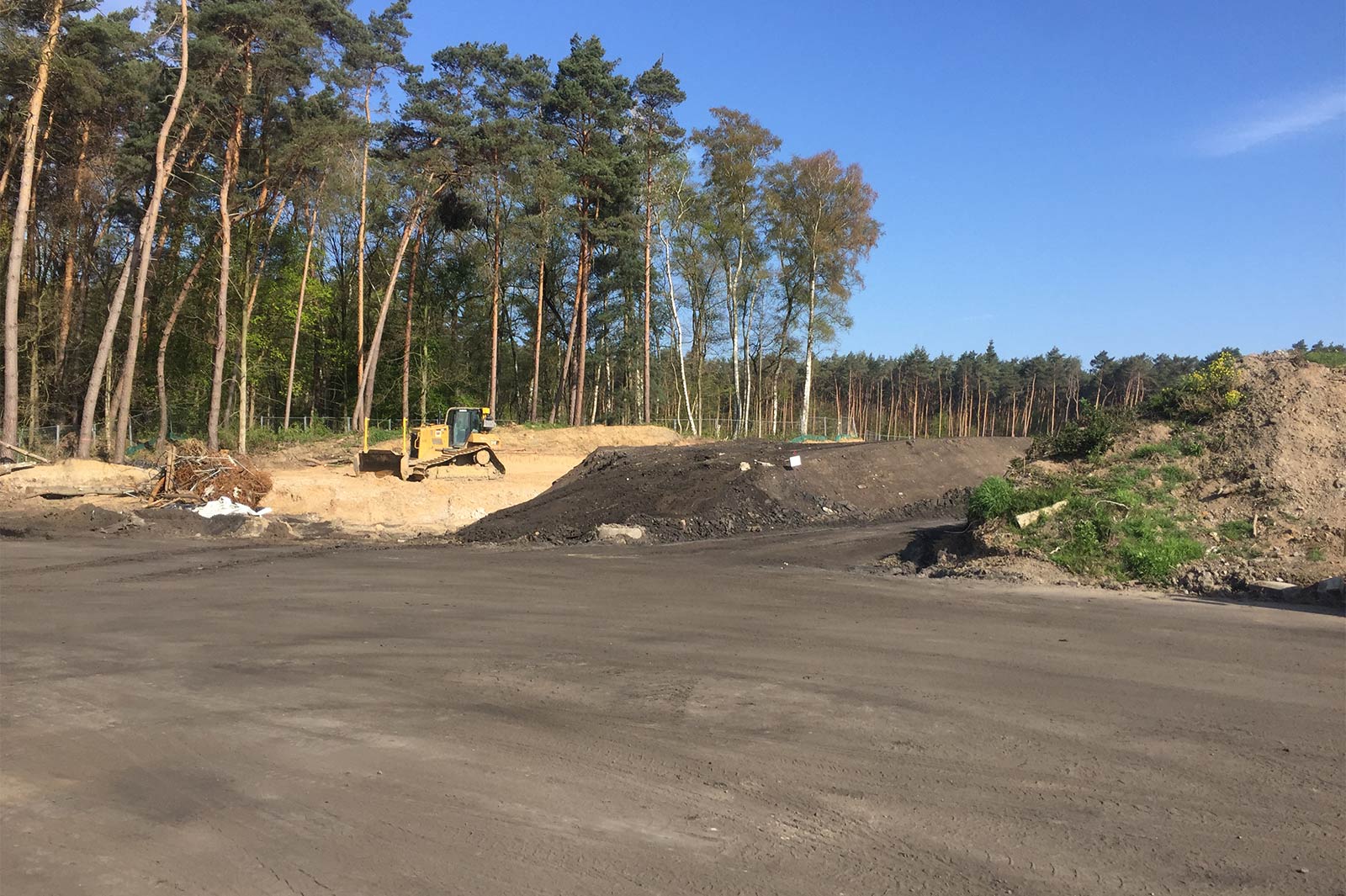 The former Rottweil shooting range was used as early as the end of the 19th century for testing gun ammunition, and later as a trap, skeet and course facility. It was closed in 2012. At that time, the ground was massively contaminated with lead shot and clay targets.

As part of the comprehensive remediation of contaminated sites planned by us, all trees within the dispersion zone were first felled and trunks and branches were removed by machine. The top layer of soil was taken up and lead and organic matter were removed with the help of mobile screening machines and air classifiers. The processed soil material was disposed of at a landfill site and the recovered lead was marketed. The upper soil zones around the shooting and laser ranges and the clubhouse were also heavily contaminated with heavy metals. The affected layers were removed over a large area and professionally deposited. In some areas, the soil was also heavily contaminated with PAH* and MOH**. This was also removed over a large area and sent to an incineration plant.

For later use as an industrial area, 3.7 ha of the site were profiled. As a basis for reforestation, a nutrient layer was installed on the remaining area. Parts of the area were prepared as a protection zone for sand lizards.