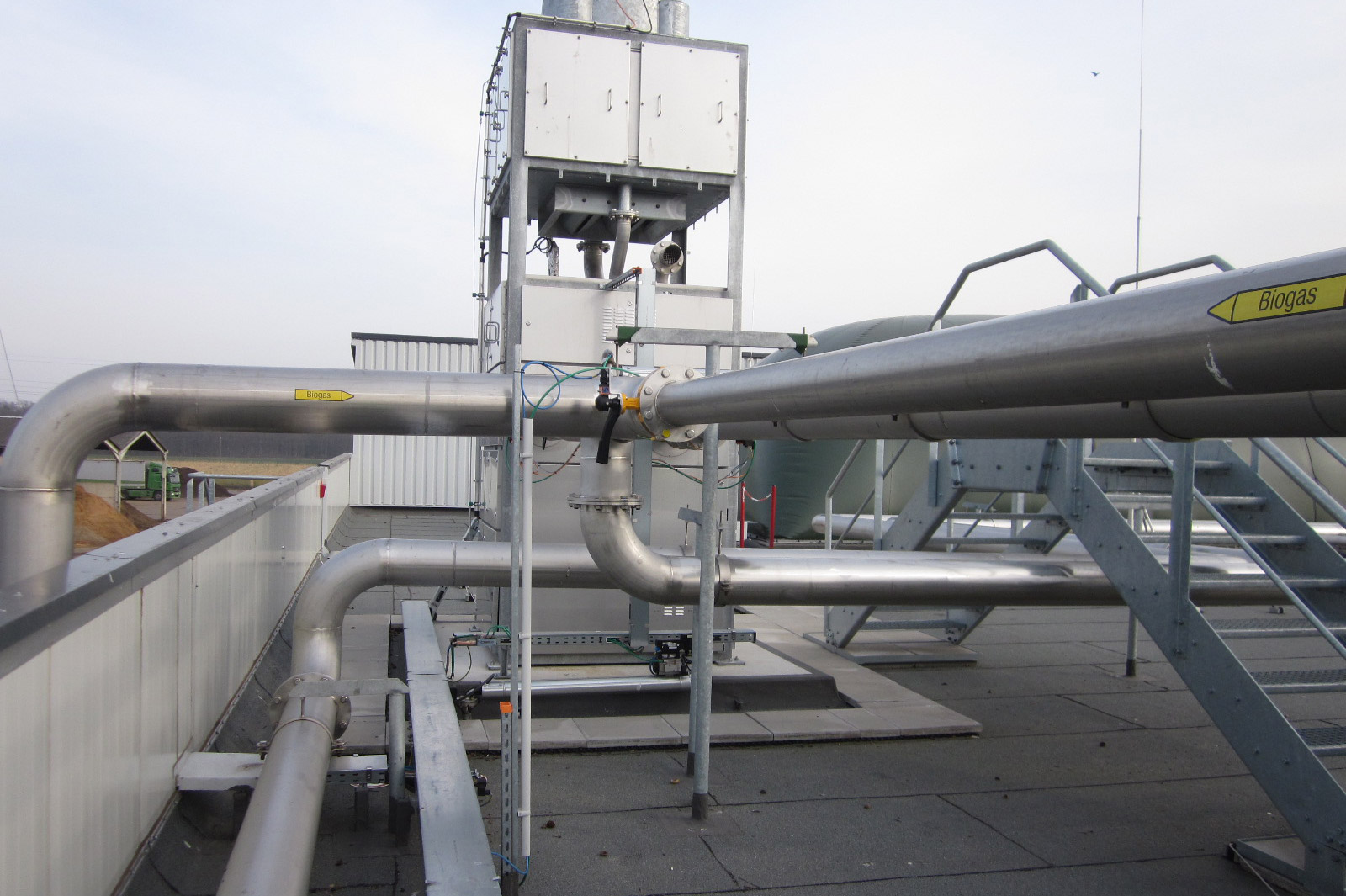 GBAB had already been operating a composting plant with static triangular heaps in Aschaffenburg since 1992. In 2008, it began planning a fermentation plant at the same location, which was to incorporate the existing buildings and equipment as well as the infrastructure and retain composting. In addition, however, the energy potential of the biowaste was to be utilised.

Within the framework of a tender for a fermentation process, the decision was made in favour of thermophilic dry fermentation in a discontinuous batch process. At the time, this was particularly promoted by the EEG*. The plant we planned consists of five identical dry fermenters that can be accessed by wheel loaders and a large percolate fermenter, supplemented by a heated and ventilated delivery box and a closed storage area for aerobisation of the fermentation residues. These can be transported from there to the external composting plant and processed into compost. The biogas produced during fermentation is converted into electricity and heat in two on-site combined heat and power plants.