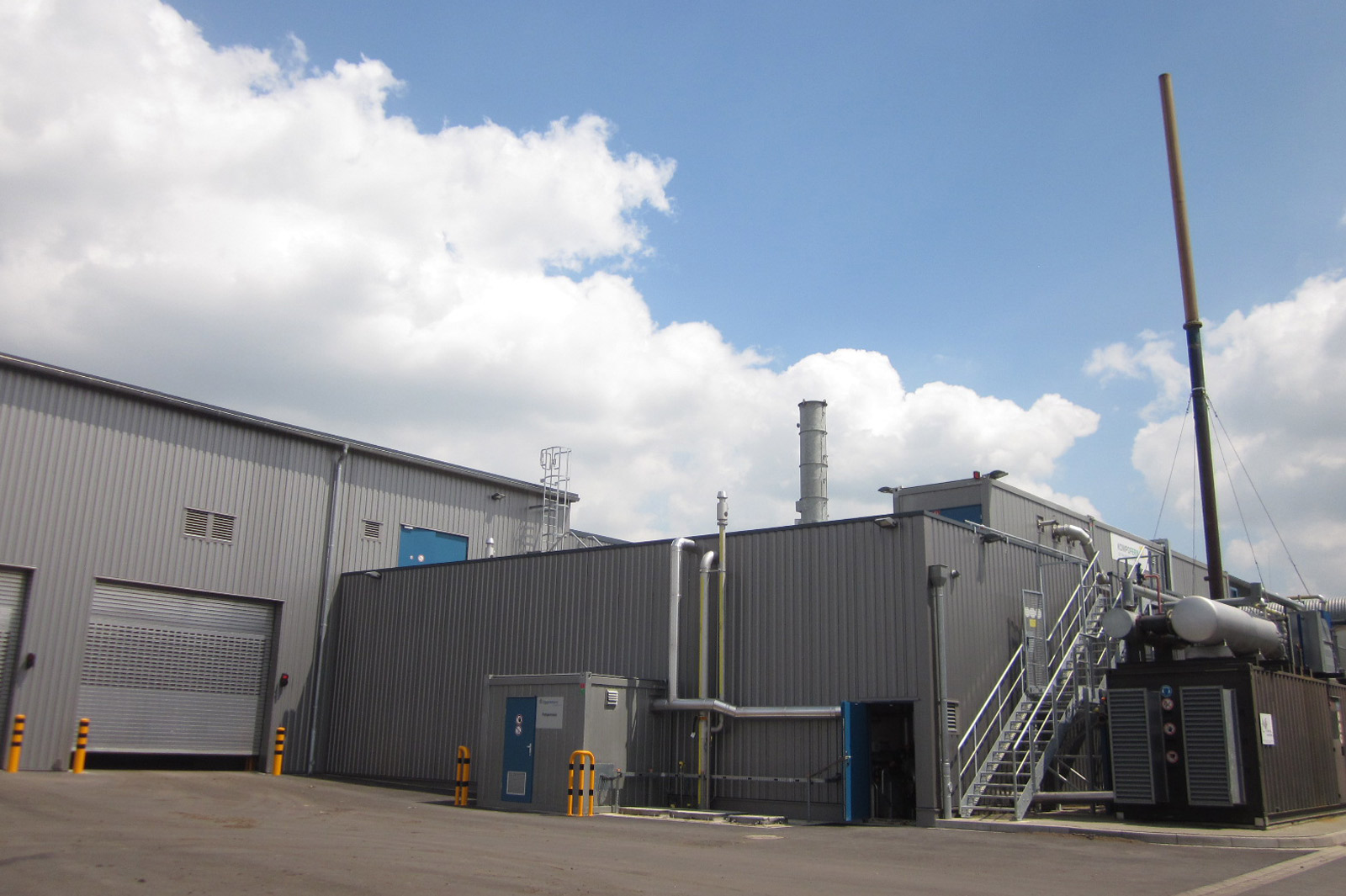 AWA Entsorgung GmbH operates a composting plant for biowaste in Würselen. Until it was rescheduled, pre-rotting took place in closed windrow composting with pressure ventilation. An open biofilter was used to clean the exhaust air. The main rotting as well as the fine compost processing and storage were carried out in a covered area. Our tasks were to increase the treatment capacity of 11,000 Mg/a and reduce odour emissions.

For this purpose, we planned the expansion of the plant to include a dry fermentation system and also modernised the process control. The total capacity could thus be increased almost threefold. The new fermentation plant is based on dry fermentation in a partial flow process and consists of seven fermentation boxes. In five newly constructed rotting tunnels, the fermentation residues mixed with fresh biowaste are subjected to intensive rotting. The hall formerly used for intensive rotting is now used for post-rotting; the former area for post-rotting is used as a post-ripening area and storage. In a combined heat and power plant, the biogas produced during fermentation can be converted directly on site into electricity and heat.